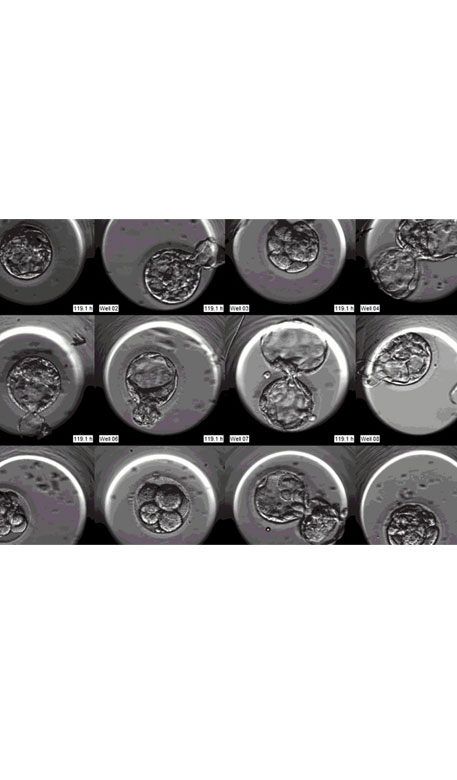 An embryo transfer is the last part of the in vitro fertilization (IVF) process.During IVF, fertility medications are used to stimulate the ovaries into releasing healthy eggs.These eggs are then removed from a woman's ovaries and fertilized in a lab. Once the fertilized eggs have multiplied, the embryos are transferred to the woman's uterus.For a pregnancy to begin, the embryo must then attach itself to the wall of her womb or uterus.

Embryo transfer refers to a step in the process of assisted reproduction in which embryos are placed into the uterus of a female with the intent to establish a pregnancy. This technique (which is often used in connection with in vitro fertilization (IVF)), may be used in humans or in animals, in which situations the goals may vary.

When embryo transfer is needed

IVF and embryo transfer is needed in cases where natural fertilization is not an option or has difficulty occurring. There are many reasons for embryo transfer, including:

If ovulation is infrequent, fewer eggs are available for successful fertilization. Damage to Fallopian tubes: The Fallopian tubes are the passageway through which the embryos travel to reach the uterus. If the tubes become damaged or scarred, it is diffi,cult for fertilized eggs to safely reach the womb.

When tissue from the uterus implants and grows outside of the uterus. This can affect how the female reproductive system works.

If the ovaries fail, they do not produce normal amounts of estrogen or release eggs regularly.

Fibroids are small, benign tumors on the walls of the uterus. They can interfere with an egg's ability to plant itself in the uterus, preventing pregnancy.

Some genetic disorders are known to prevent pregnancy from occurring.

In men, low sperm production, poor movement of the sperm, damage to the testes, or semen abnormalities are all reasons natural fertilization may fail. Anyone who has been diagnosed with these conditions may consider IVF and embryo transfer an option.